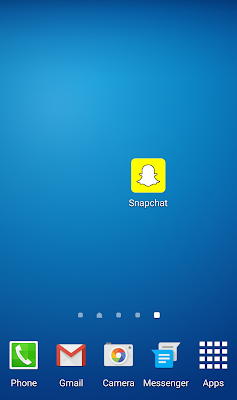 Another reason I uninstalled it is because my phone isn't new enough to get the newest updates from Snapchat. I can't do the rainbow/monster faces or speed up/slow down filters. 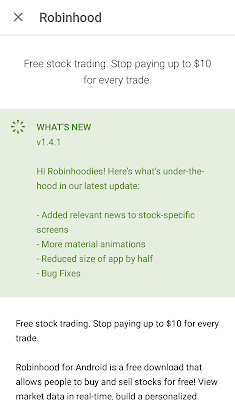 Also, the Robinhood App updated yesterday. The app is now on version 1.4.1. The previous version was 1.3.5. This update, like the previous one, added a connection to the outside world with articles to information about stocks. The other thing that interested me was the app size.